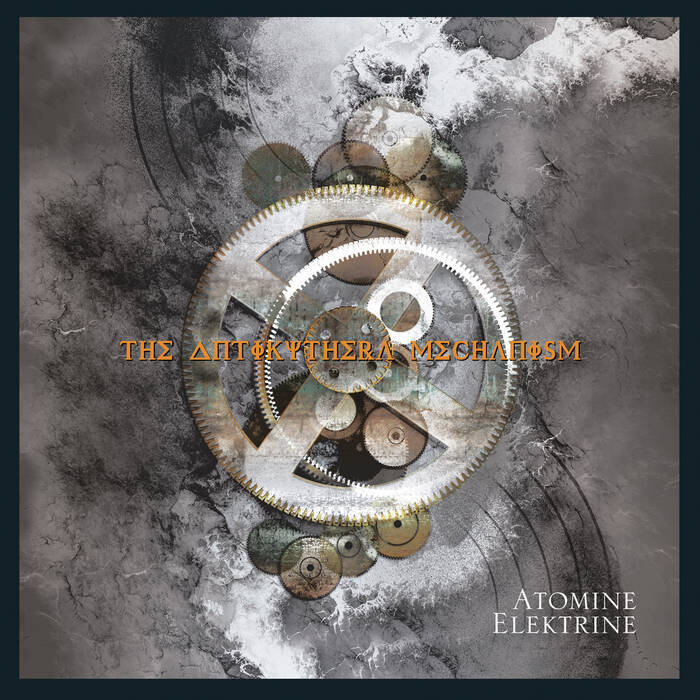 A container of all the knowledge about the universe. The motion of the

gears deeply intertwine a link between micro- and macrocosm. A mechanism

that simulates cosmology and senses characteristics of an eclipse, with

Define a question, and there will be a calculated answer, even capable

of astral divination. Is it an all-seeing eye, or perhaps something

beyond even that; a magic entity capable of creating the cosmic events

that it is supposed to measure and foretell.

If so, is it by nature auspicious or ominous. Or is it merely a

representation and extension of ourselves and our senses, trying to

reach both the celestial and the intrinsically unobtainable.

Winter-Light warmly welcomes Peter Andersson to our label, with his

'Atomine Elektrine' project and a stunning new studio album 'The

Here we are invited or compelled even, to delve deep into the

intricacies and finely tuned mechanics of this mysterious,

Infinitely extending it's influence across multi-dimensions

of time and space, constantly calculating, cogs ever turning, gears whirring, mapping, learning, storing and moving ever onwards. Leaving in it's wake, a vast ocean of unimaginable cosmic events, left to ripple through time until they too fade away to become yet another click in the eternal cycle of 'The Antikythera Mechanism'.

Difference between the CD/Digital and vinyl version

The sounds are the same but the positions in the sounds are time offset in an arbitrary mode. Any further inequalities are due to the fact that a different mastering technique has been utilised for the vinyl version, than for the CD/Digital version.
Save this product for later
Display prices in: USD