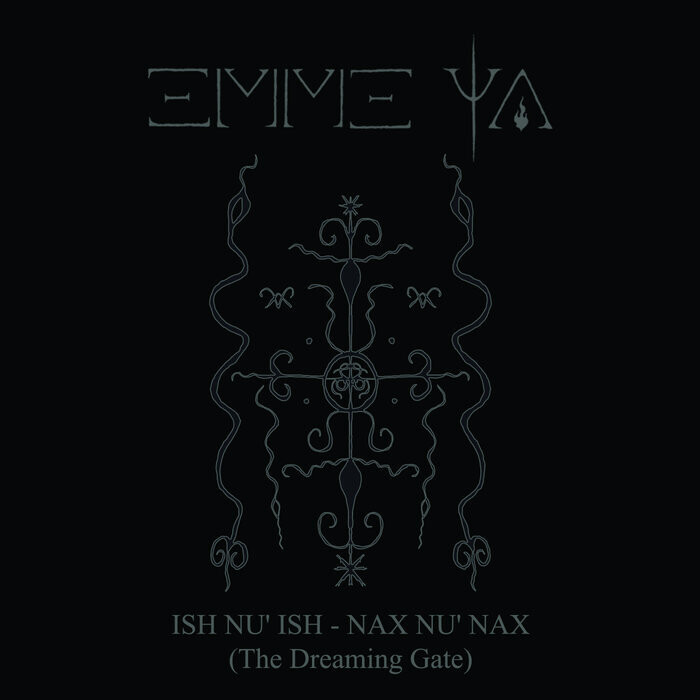 There is a Pillar of fire used as an ingress formulae that involves the exploration of Dreams as vessels as a simulacrum of B Universe. Through such Transitions in liminal dreams and sacred geometric spaces, you can travel in parallel worlds, focusing the Dream energy of the Gate of ISH NU' ISH - NAX NU' NAX as a spectral light to travel the crossroads through the dominion of Aetheric transmission generated through each one of the 6 Dream gates veiled Through this album.

The Vulture Chant formed the Azoth to reveal the quintessence of the elements through the Vessel of fire in which burns the tomb of adversarial light and manifest in the Emerald Gate as a primal point of egress to the vacuity in which are submerged by the Pale Waters of the Moon, whose rays reflects the soul of the desert through the sands of time. The Watcher of the New Flesh emerges as the Arcanum between the points of no return, where the dreams dissolutes the time and space in a vast sea of nothingness. Effigies of Ashes and Blood is what remains, the elder calls formed by the smokeless portals whose fog manifest the Whispers of the Death-Born One revealing the enigmatic communion between Neither - Neither as a prelude to the end and beginning of all once again and again.

Each one of the six conjurations created here, represents that inner fire, the fuel that catalyzes the primal powers into the travel through the gate of ISH NU' ISH - NAX NU' NAX. The exploration is the continuum of an elder legacy surrounded by spectral calls and typhonian rites.