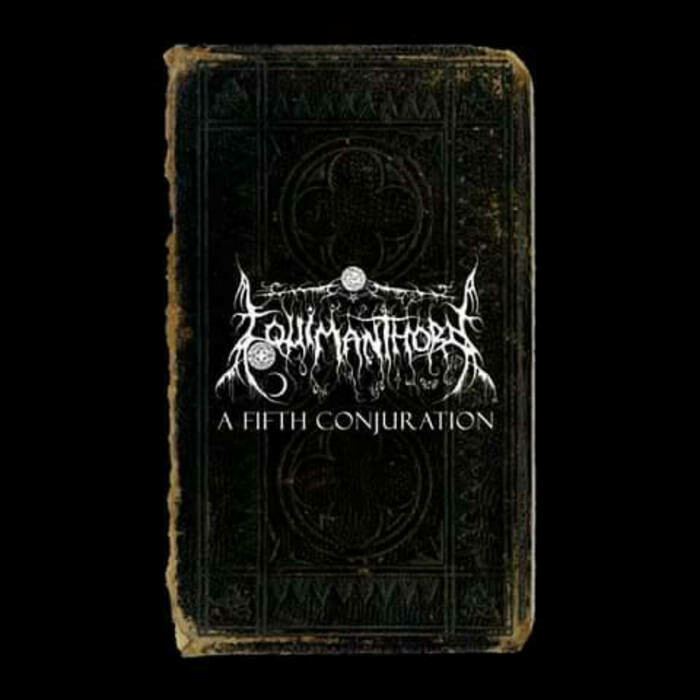 Tracks 3-7: Recorded by Devamitra at Dental One Studios (Vantaa, Finland) December 2007 and March 2008

Magicians Note:
Most are bewildered and some have protested concerning the esotericism of Equimanthorn, Presuming our extraneous song titles and writings to be no more than mysterious obliquity. While sensible to its creators, our writings have long been misunderstood or simply unintelligible to most. "A Fifth Conjuration" transcends any mystical balderdash with a decisive and intentional approach: realigning the senses with their most natural state in the nervous system through the aid of sound. In this, our Fifth Conjuration, you will engage a journey of the slight and subtle. Where the senses may become aware of the silence from which sounds emerge and the spaciousness that resides between thought and stillness.
"When the seventh day arrived..." Dalkhu Zilittu 2011
These recorded efforts should only be listened to under the influence of candlelight
Save this product for later
Display prices in: USD