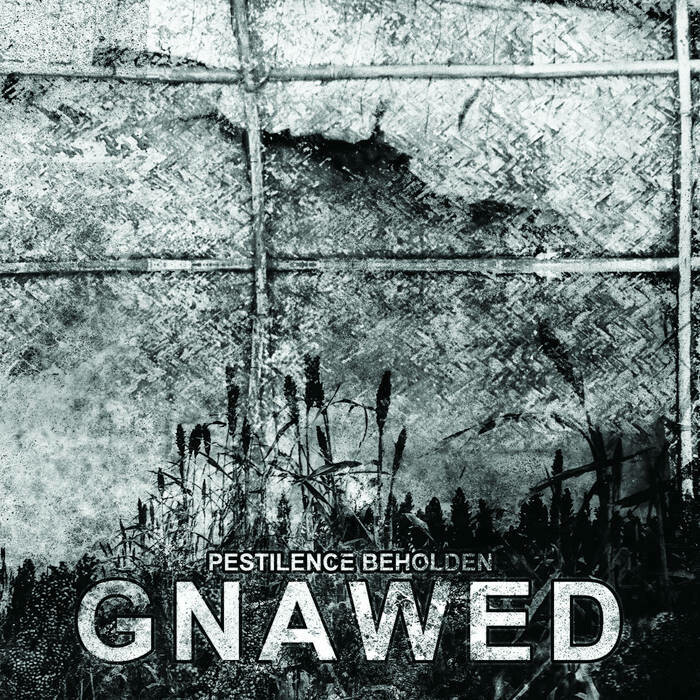 SKU Tumor97
$8.00
In stock
1
Product Details
Since its inception in 2009, Grant Richardson’s Gnawed has propelled itself into the top tier of heavy electronics and death industrial with a stream of high quality releases over a variety of formats.

For his 3rd full length disc, Pestilence Beholden, the template set forth by prior works remains intact, but is dragged down into an even darker space, this time enriched by added layers of foreboding atmospherics and foggy ambience.

Make no mistake, this is Gnawed through and through, but Pestilence Beholden is even more sculpted and refined than before, finding an intersection between tensile dread and controlled aggression, as ominous synth beds and throbbing drones are augmented with the cataclysmic reverberations, resonating scrapyard acoustics, and mechanized dirge you’ve come to expect.

Recorded in industrial complexes in and around Minneapolis, the sound here is deep and immense, once again solidifying Gnawed in a category all their own.