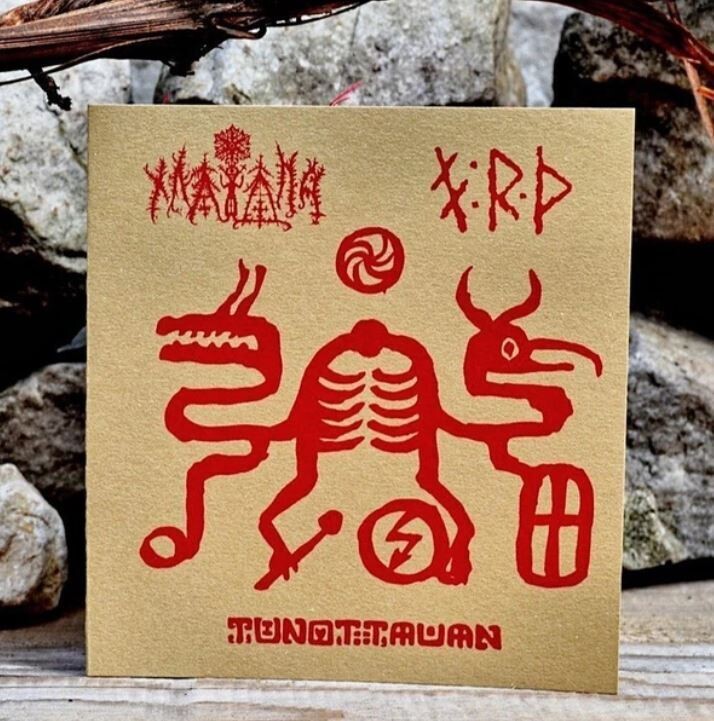 When the connection between the Earth and the Cosmos is established, the

balance is restored, the merging of reality and subtle worlds occurs,

the image of Tunnotauan appears, the symbol of duality, polarity,

harmony of the universe ...

the label, this record became available on CD.

ethno-industrial noises and singing of Tibetan bowls, the tinkling of

the bells and the clatter of the shaman's tambourine, merge into a

single sound canvas, enveloping the whole, leaving in the depths of the

deep immersion into the subtle worlds, his image was reconstituted from

memory and used in the design of the album.

in a gate-fold format, made of design cardboard, with an attachment from