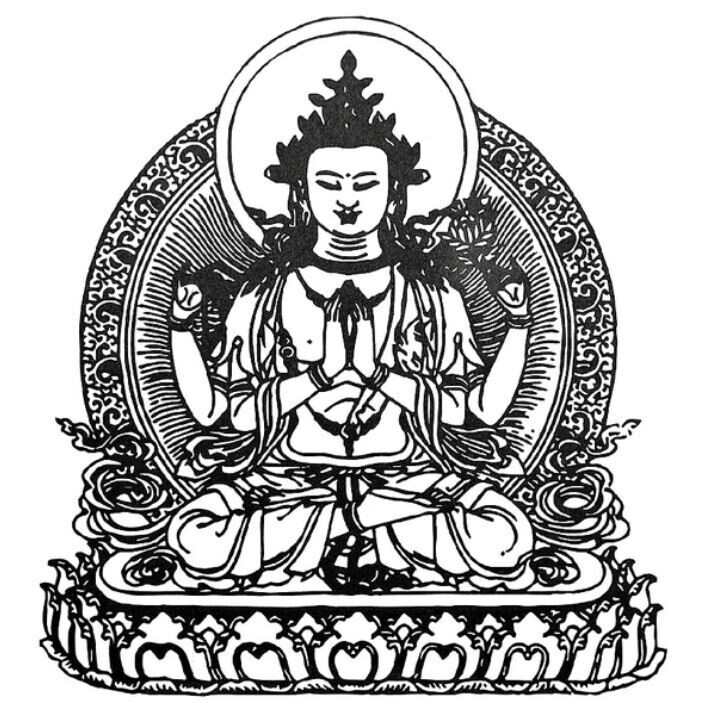 The Lord, the beholder,
The Keeper of Lotus!
You are incarnation
Of all the compassion.
Capacity Yours
To subdue the delusion.
Committed yourself
To a promise
To heed to the prayers,
The creatures of misery,
who staring at you
In the hours of suffering.
Resign from yourself
being ready, until
They Nirvana achieve.

the embodiment of infinite compassion of all Buddhas. The Dalai Lama is

Lama's Birthday, at a private session at the Yunost music center, and

was finalized with field recordings and modular synthesizers in the

winter of 2020.
As a result, there were 5 compositions united by a

The album was released in an edition of 108

hand-numbered copies, is a poster in the author's design, supplemented

with a patch and is available on the Status Prod label. and