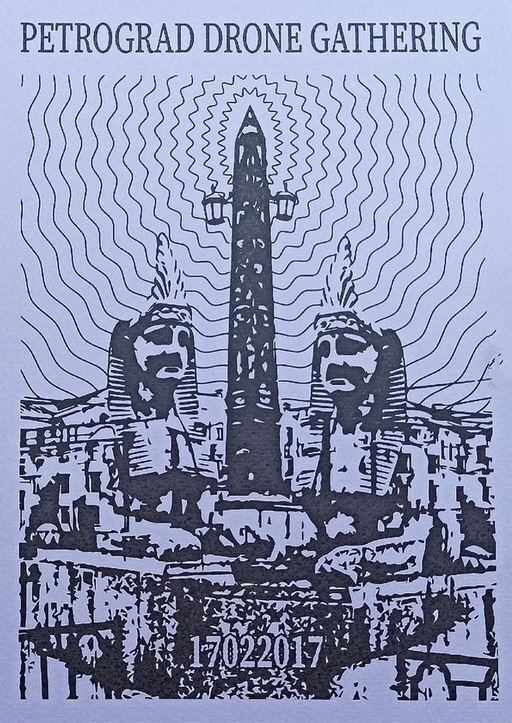 ... Streams of sounds of winter ice-covered rivers, the rumbling of

mountains and frozen forests in the snow are tightly intertwined with

age-old roots in the concrete walls...

Drone Gathering is an improvisational orchestra of experimental

Petersburg(and not only) musicians with non-permanent membership, widely

known in Russia and abroad.
All performances of Petrograd Drone

Gathering are distinguished by an unusual sound, a subtle interweaving

of forest noises and urban hum, the unique charm of ambient and the

Album contains a recording made at a

concert at the Museum of Sound ( Art Center "Pushkinskaya 10") on

on the CD, was created by: Snezhana Reizen, Uhushukhu, Lunar Abyss Deus

of designer cardboard, with a curly card-attachment, and is available on

the label Status Prod. and distributors.