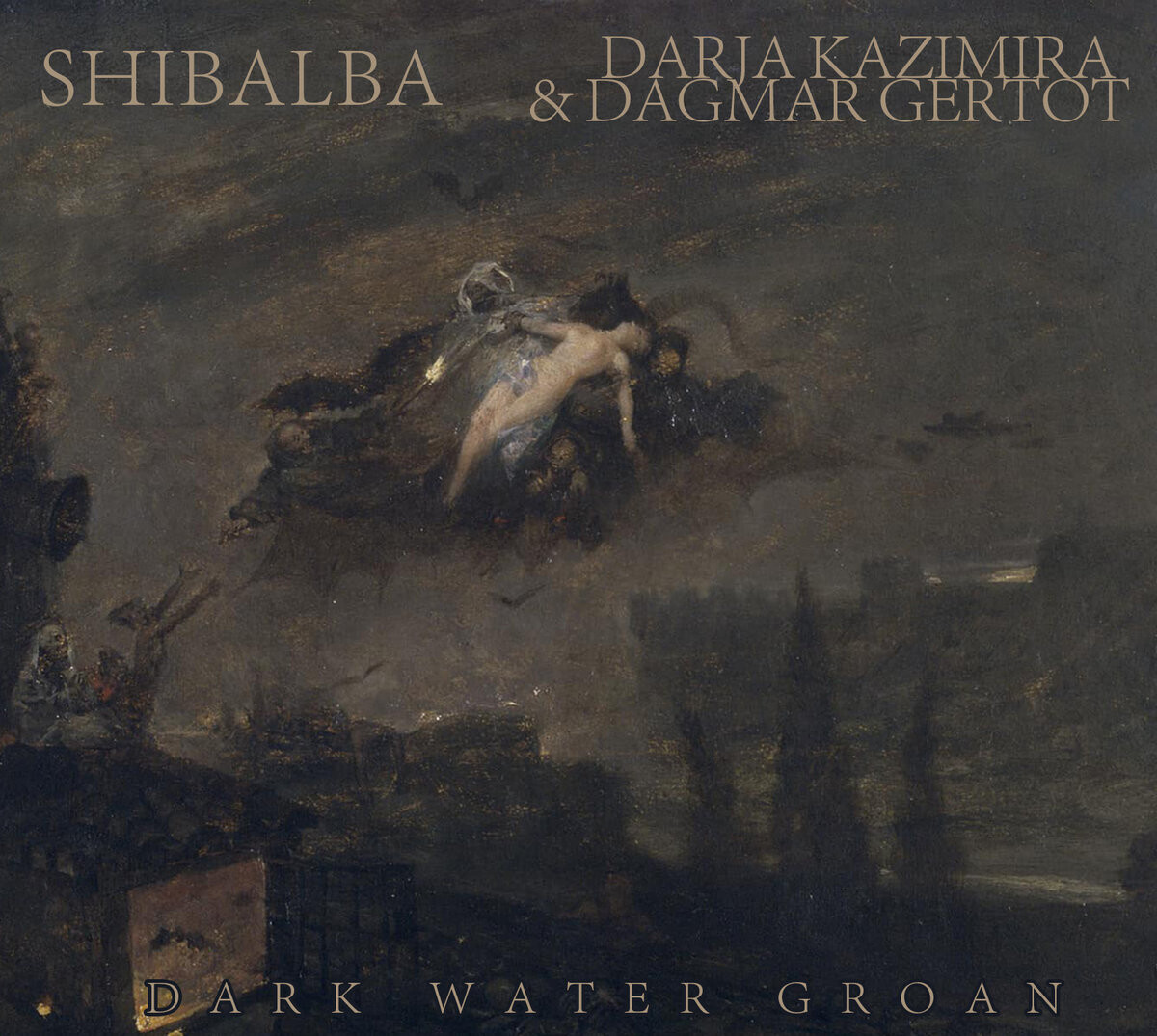 Water is a detached, wayward element, similar to the flow of blood,

life, death. This thought is most vividly expressed by the mythology of

the peoples of the world, in which we meet related stories, telling

about dual, transitional qualities of water, which is able to unite the

world of the living and the dead, flame and absorb, to heal and to

In this work, we took as a basis the sacral hydrography of the Kingdom

of Hades, originating from the fields of oblivion, passing through

Lethean stream, Styx, Cocytus, Phlegeton, and the Stygian swamp. These

are the five most radical, complex, deeply existential stages of water.

It is the peculiarity of the states of the mythical water element, we

decided to try to feel and voice, erasing the names of the listed

rivers, and leaving only the keywords that can display the essence of

the acquired water incarnation. It would seem that such an authentic

theme requires an appropriate sound. But we build our ritual and allow

it to acquire an independent, original sound, within the framework of

sorrow. The rivers of Hades amid long empty fields, lifeless valleys of

incessant moans, interwine into the songs of the martyrs. Ridge of waves

absorbs screams, carries the wayfarer, who has

tasted oblivion into the obscurity of black water.


Darja Kazimira (Latvia / Georgia) and Dagmar Gertot (Russia) is a collaboration of two musicians and artists whose main goal is to study, deconstruct and interpret funeral and initiating rituals of the peoples of the world.
The project works exclusively within the framework of improvisation, combining it with ideas about ritual music, paying considerable attention to specific body, auditory, textual practices that contribute to the achievement of the border state, when sleep, delirium, myth and reality become one. We always try to convey to the listener a lively, irrational experience, trying to endow it with features of authenticity, returning to the “beginning of time”, the key to which, in our opinion, lies through a new myth-making.

SHIBALBA's music is saturated with the mysticism of the East. It's richly detailed and multidimensional, while layered with chanting and broadly defined elements of traditional ritual and shamanic music. Apart from contemporary synths and guitar drones, the band makes use of bones and skulls as percussion instruments, Tibetan Horns, Tibetan Singing Bowls, bone & horne trumpets, Darbuka's (goblet drums) as well as ceremonial bells and gongs, to name a few.
The Spirits behind the Shamanic Halls of Shibalba are Acherontas V.Priest &Aldra Al-Melekh.
The Mission behind this Esoteric Art is to Guide the Subconsious of the Individual to Dream Beyond the Skin of Matter & to Dream in Ecstasy and Exaltation. The Magical Trip is Boundless.. ATI ME BETA BADKA!
Dreams is our World of Experience!
Save this product for later
Display prices in: USD