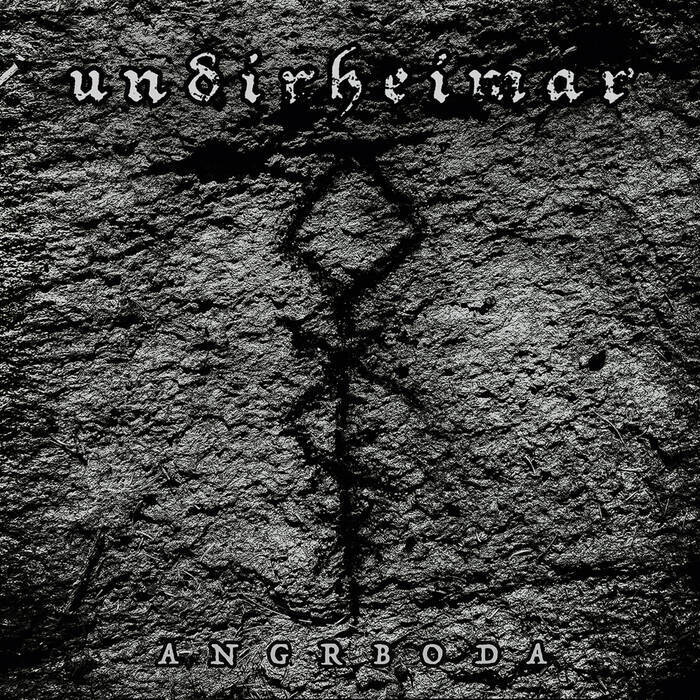 “Angrboda” is a devotional, chanted sonic-talisman in honour of the

trice burnt and trice risen. Consort of Loki and dark mother of the

in the billowing myst of Jarnvidr. Most ancient and powerful crone

who’s magic and wisdom was envied by the gods. The oldest manifestation

of the dark feminine principle.

The purpose of this meditative chanting ritual is to create and ritually charge, through thursathula, a sonic talisman as a sacred offering to the Old Crone. Using primitive shamanic vocalisations amalgamated with low tone and guttural throat singing, this taufr takes form within the Fjölkunnigr as a seed awaiting germination, nourishing itself on the focussed intent and devotion of he who plants it, growing and expending so that upon its release, the now empowered talisman can willfully be sent towards its destination.

As with all Undirheimar sonic offerings, this is not for the purpose of mundane entertainment. It is a sacred work of Thursian shamanic sorcery in audio form. Empowered with the same devotion and magic as any hand crafted ritual object.

When charging such a talisman, it was crucial to keep focus. During the recording of this ritual, Undirheimar used the Hrimthorn bindrune, created for personal use in devotional rituals as a representation of the Old One, mother of the Three. This personal rune now adorns the frontispiece of this Thursian sorcerous offering, as well as the limited quantity of hand crafted talismanic items that comes with certain editions of this release.