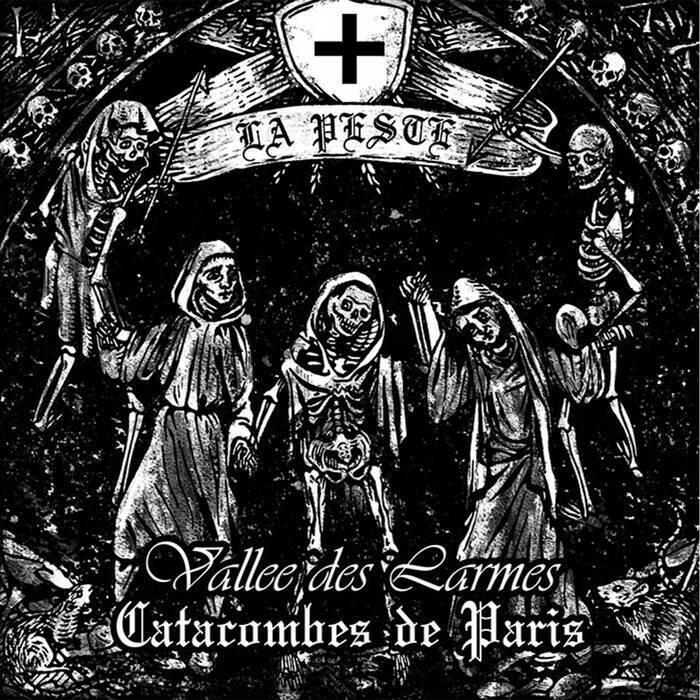 is guest for one of the tracks.

Artwork have been done by Holymane, a French artist.

Nurse With Wound or even ritual/dark ambient & dark folk influences

Funeral Mantra, Megaptera, Shibalba and many others....

A musical jewel with loud creepy, medieval and sepulchral drones

darkcasey La Peste might well be a battle between the human and spiritual elements that were around during the time of The Black Death. The voice and distorted music populated tracks from Vallée des Larmes could be seen as the human side, their words and songs trying to stem the flow of death. The hissing, mysterious cavernous soundscapes of Catacombes de Paris might well be the response from “the other side”.