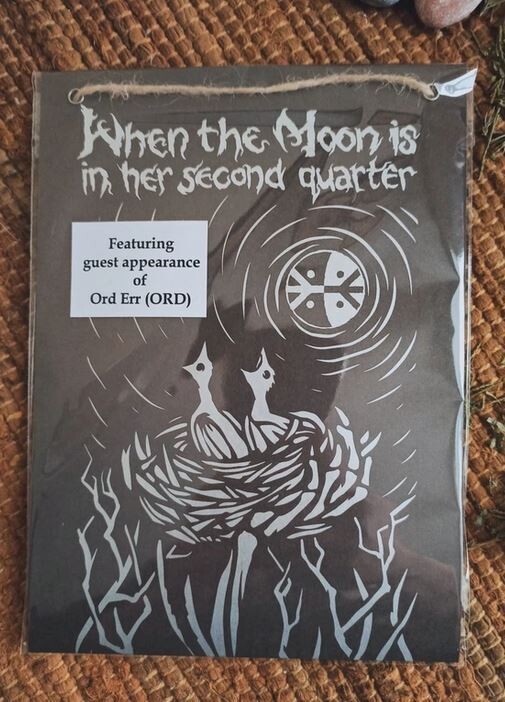 When The Moon Is In Her Second Quarter – Like dead leaves

monsters and their moans, like dead leaves, are carried by the wind

between the skeletons of trees, as ancient as the Earth itself. Lost

souls sigh, wheeze,howl, revealing their essence , when the Moon is in

anonymous ritual ambient / death industrial project When the Moon is in

hymns–rituals are dedicated to the memory of Yevgeniy Yufit, the founder

of the genre Necrorealism in cinema, painting and literature.

album was released in 200 hand-numbered copies, and is a pennant made

of brown designer cardboard with PAINT-IT-BLACK DESIGN, applied by

silk-screen printing on it, in silver color.