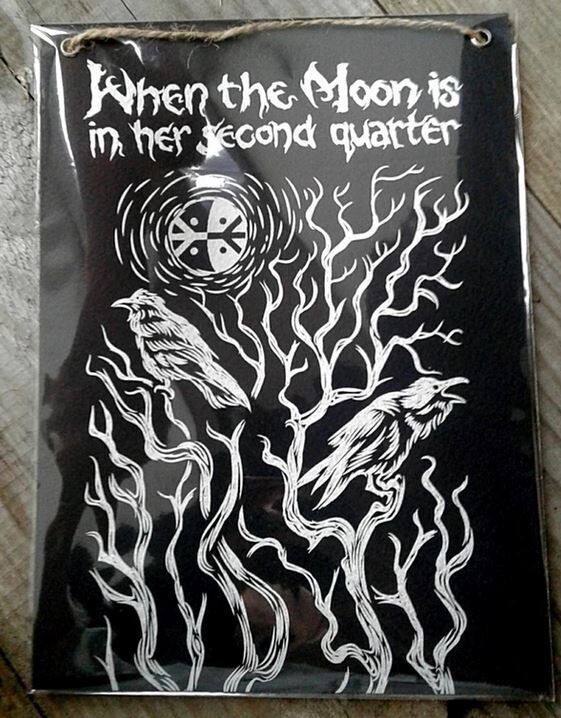 The lunar tree stretches its branches, as if they were the tentacles of a monster, and pulls, clings, embraces
the

to the horrifying music, when the Moon is in her second quarter...
label

the forest, which resists any manifestation of the human presence.

Whimsical drawings of rhythms and drones call into the darkest,

...
The album was released in 200 hand-numbered copies, and is a

pennant made of black designer cardboard with PAINT-IT-BLACK DESIGN,

applied by silk-screen printing on it, in silver color.
For

connoisseurs of old-school ritual industrial in the spirit of Korpses